The Enviva Forest Conservation Fund and Bottomland Forest Stewardship Program will focus on about 35 North Carolina and Virginia counties that include about 6 million acres of forest of all types. Of this total, about 20 percent are bottomland forests – low-lying, marshy areas near rivers and streams that are home to tree species such as cypress, gum and oak that offer a wide variety of environmental benefits and contain some of the most unique plant and wildlife communities in the Atlantic coastal plain.

Conservation efforts in this area of the Virginia-North Carolina coastal plain are especially important to the Enviva Forest Conservation Fund because these communities are home to three wood-pellet production facilities and a deep-water marine terminal owned by Enviva.

The Endowment has identified four distinct forest ecosystems that are worthy of special protection, based on its own experience with conservation and environmental issues and through consultation with leading independent academic and environmental organizations.

It’s vital we ensure these sensitive areas remain a part of otherwise managed working forests to serve as refuges and sources of structural and biological diversity across the greater landscape. They are:

In 2016, the Endowment will lead a conservation planning process for Enviva, appointing and administering a science-based advisory committee that will make additional recommendations to protect bottomland forests. While each of these four forest types have been part of managed forest operations for more than a century, in recent years cypress and Atlantic white cedar have not been regenerating as expected. Enviva has decided to avoid any additional pressure that would exacerbate a situation that is not yet fully understood.

About Enviva About The Endowment 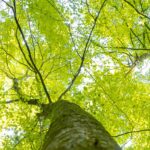 The Bottomland Ecosystems We Protect

Cypress-tupelo swamps are characterized by saturated soils during the growing season and standing water during certain times of the year. The highly organic soils of swamps form a thick, black, nutrient rich environment for the growth of water-tolerant trees such as cypress, Atlantic white cedar and tupelo.

Water Tupelo – Nyssa aquatica, commonly called the water tupelo, cottongum, wild olive, tupelo, tupelo-gum, or water-gum, is a large, long-lived tree in the tupelo genus (Nyssa) that grows in swamps and floodplains in the southeastern United States. Nyssa aquatica trunks have a swollen base that tapers up to a long, clear bole, and its root system is periodically under water.

Chamaecyparis thyoides (Atlantic white cedar, Atlantic white cypress, or whitecedar falsecypress), is native to the Atlantic coast of North America from Maine to Georgia, with a disjunct population on the Gulf of Mexico coast from Florida to Mississippi. It grows on wet sites on the coastal plain at altitudes from sea level up to 50 meters.

Often tucked between coastal freshwater marshes and deepwater swamp forests of the southeastern coastal plain, low Pocosins are one of the South’s rarest wetlands. Low Pocosins generally occur in flat, poorly drained areas with a sandy or peaty acidic soil composition. The word “pocosin” comes from the Algonquin Native American word for “swamp-on-a-hill.” These wetlands are dominated by small trees and shrubs and have a high water table, leaving the soil saturated for much of the year.

Carolina bays are elliptical geologic depressions in the sand of the southeastern coastal plain. Called “bays,” they are not ocean inlets, but rather, these depressions are usually surrounded by a variety of bay trees such as red bays and sweet bays. The depressions are almost perfectly oval and are unique. They support an abundant community of plant and animal life.

Contributors to the Endowment’s Recommendations

In addition to the Endowment’s staff of foresters and wildlife biologists, the Endowment made preliminary outreach calls to a wide range of land management agencies and conservation organizations to identify the most sensitive forestlands for preservation including state forestry agencies in Virginia and North Carolina, the U.S. Forest Service, U.S. Fish & Wildlife Service, National Resource Conservation Service and land trusts in both states.