Greenville, S.C. – Today, the North Carolina Coastal Land Trust and the Enviva Forest Conservation Fund announced a joint project that will result in the permanent conservation of 1,048 acres of wetlands in Brunswick County, located in southeastern North Carolina across the Cape Fear River from the City of Wilmington. To date, the North Carolina Coastal Land Trust has conserved over 20,000 acres in Brunswick County, with 90% located along the lower Cape Fear River and Town Creek.

“The lower Cape Fear River has been a priority focus for our land conservation efforts since our inception in 1992. We are so appreciative of the Enviva Forest Conservation Fund grant which helped us acquire this large property of over 1,000 acres of floodplain forest bordering the Cape Fear and Indian Creek. This tract provides excellent wildlife habitat and adds to this growing swath of forever green,” said Janice Allen, Director of Land Protection at the North Carolina Coastal Land Trust.

The tract hosts 3.7 miles along the Cape Fear River and 1.3 miles along Indian Creek. This property has been in the same ownership since the 1930’s and has not been harvested during that time period. According to a 2017 North Carolina Natural Heritage Program (NCNHP) site report, the entirety of the tract is classified as wetlands and contains over 920 acres of cypress-tupelo swamp, over 100 acres of bottomland hardwoods, and approximately 14 acres of tidal freshwater marsh, some which are ranked for having very high ecological significance by the NCNHP.

“The permanent protection of this tract along the Cape Fear River will not only protect significant bottomland hardwood forests permanently, but it will also serve as a key wildlife corridor. This beautiful tract of land will benefit and protect a priority of species as a result of being located in close proximity to existing and proposed conservation areas,” said Alicia Cramer, Sr. Vice President of the U.S. Endowment for Forestry and Communities.

The Enviva Forest Conservation Fund’s goal is to be a catalyst for investments in forest and habitat conservation in southeast Virginia and North Carolina’s coastal plain. As the fund enters its sixth year of the planned 10-year partnership, 24 projects have been funded with a total commitment of over $2.6 million, including the project announced today. When these projects are completed, the Fund will have helped protect an estimated 31,000 acres of sensitive wetland forests and other habitats. 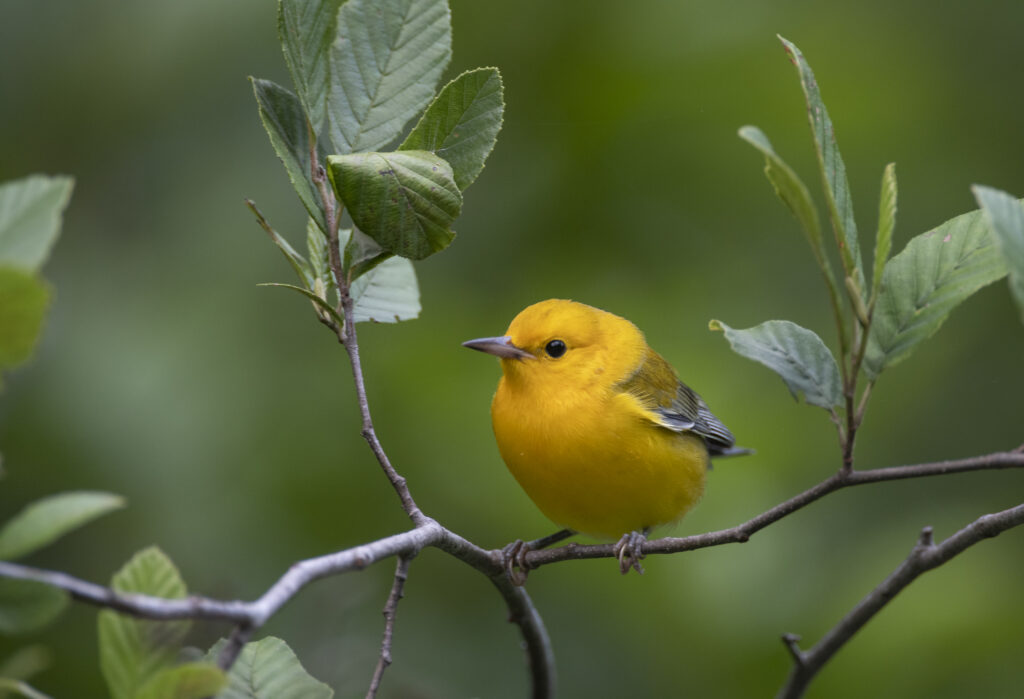 Prothonotary Warbler captured by NCCLT Executive Director, Walker Golder, while on the property. This is one of the several migratory birds in the Species of Greatest Conservation Need list which are found on the property.

About the Enviva Forest Conservation Fund:

The Enviva Forest Conservation Fund is a $5 million, 10-year program established by Enviva Holdings, LP in December 2015 to protect environmentally sensitive bottomland and wetland forests. Administered by the US Endowment for Forestry and Communities, the Fund awards grants annually to nonprofit organizations and government agencies for conservation projects. Learn more at http://envivaforestfund.org/

The Coastal Land Trust is a high-performing, accredited, regional land trust with a reputation for excellence. Established in 1992, it serves the 31 counties in the coastal plain of North Carolina and saves special places in the coastal plain like barrier islands, creates nature parks and preserves, protects family farms, and conserves and restores longleaf pine forests. The mission of the Coastal Land Trust is to enrich the coastal communities of North Carolina through conservation of natural areas and working landscapes, education, and the promotion of good land stewardship. Learn more: https://coastallandtrust.org/

About the US Endowment for Forestry and Communities:

The US Endowment for Forestry and Communities is a not-for-profit public charity working collaboratively with partners in the public and private sectors to advance systemic, transformative, and sustainable change for the health and vitality of the nation’s working forests and forest-reliant communities. To learn more about the Endowment, please visit our website at www.usendowment.org.